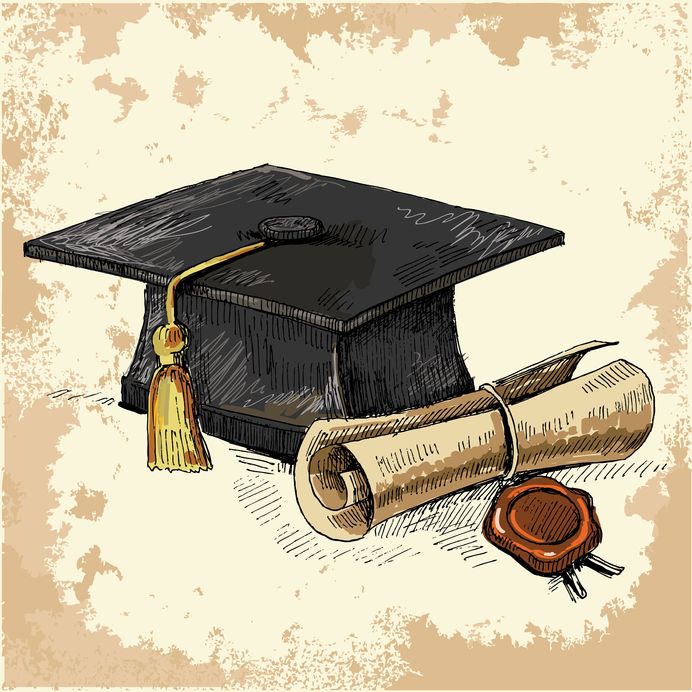 At first glance, the graduation rates for Missouri and Kansas — while showing room for improvement — don’t look too bad. Not in the top 10 but not at the bottom of the rankings, either.

But take a look at the graduation rates for black, Hispanic and disadvantaged students, because that’s where the problems lie.

Yesterday the U.S. Department of Education released preliminary data for the 2010-2011 school year. A new federal requirement for all reporting agencies to use the same calculation method now makes it possible to compare graduation rates among states. And the data show that Kansas and Missouri are not alone in reporting achievement gaps among students.

In our two-state region, both Kansas and Missouri report graduation rates above the median, which places them solidly in the middle of the pack with room to grow. 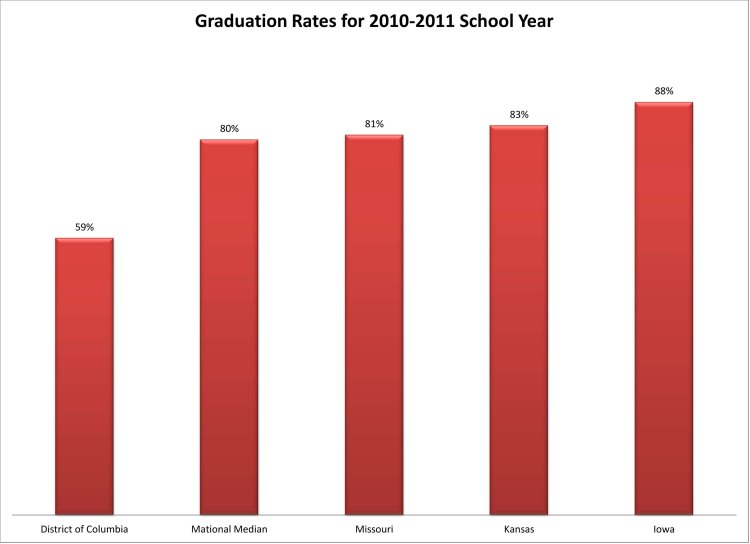 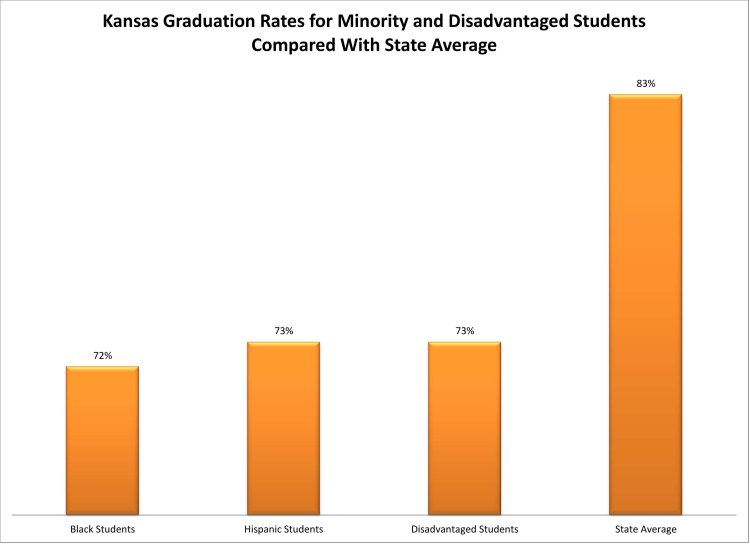 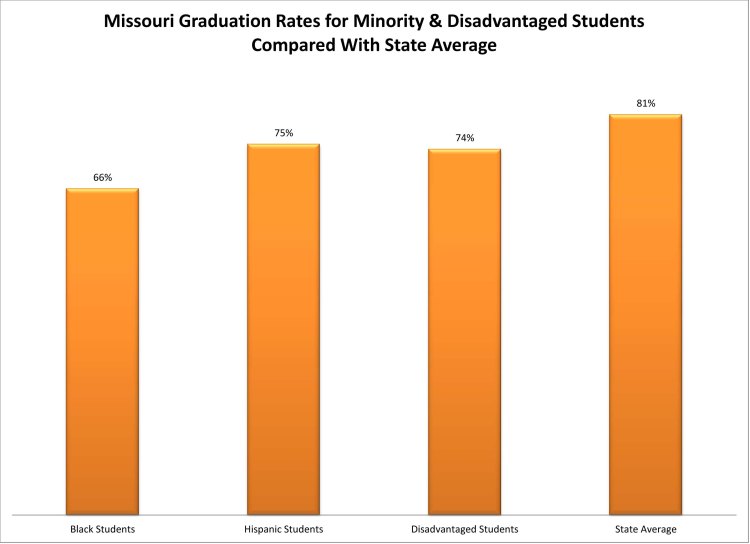 Are there other states where black students would be better off, as far as graduation rates are concerned? Or Hispanic students? Or disadvantaged students?

For black students, Nevada has the lowest graduation rate. Montana and Texas tie for the highest rate. New Jersey has the median. Missouri scores below the median, while Kansas scores slightly higher. 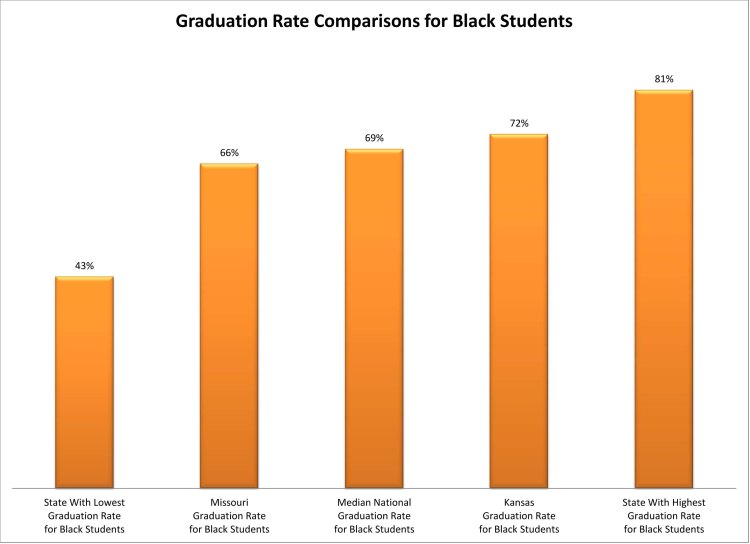 For Hispanic students, Minnesota has the lowest graduation rate. Maine has the highest rate. Delaware, Virginia and West Virginia tie for the median. Missouri and Kansas score above the median but nowhere near the top. 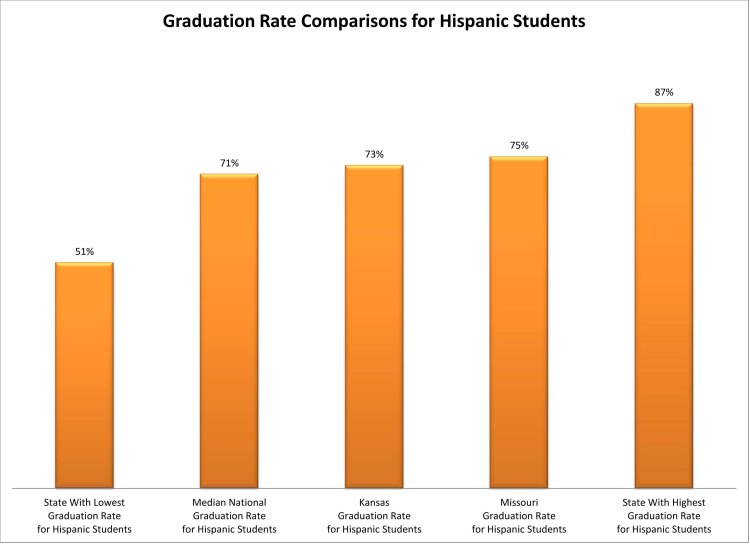 For disadvantaged students, Nevada has the lowest graduation rate. South Dakota has the highest rate. California, Massachusetts and Virginia tie for the median. Kansas and Missouri score slightly over the median. 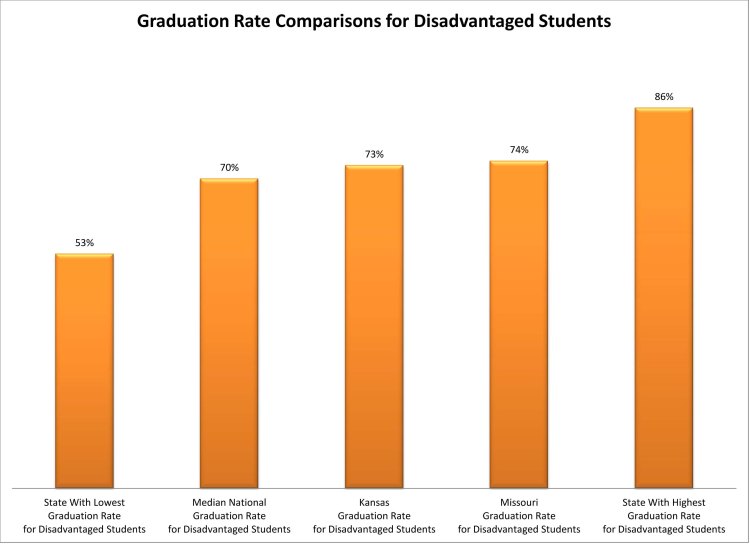 Here is a copy of the U.S. Department of Education press release announcing the graduation rates for the 2010-11 school year:

The U.S. Department of Education released data today detailing state four-year high school graduation rates in 2010-11 – the first year for which all states used a common, rigorous measure. The varying methods formerly used by states to report graduation rates made comparisons between states unreliable, while the new, common metric can be used by states, districts and schools to promote greater accountability and to develop strategies that will reduce dropout rates and increase graduation rates in schools nationwide.

The new, uniform rate calculation is not comparable in absolute terms to previously reported rates. Therefore, while 26 states reported lower graduation rates and 24 states reported unchanged or increased rates under the new metric, these changes should not be viewed as measures of progress but rather as a more accurate snapshot.

The transition to a common, adjusted four-year cohort graduation rate reflects states’ efforts to create greater uniformity and transparency in reporting high school graduation data, and it meets the requirements of October 2008 federal regulations. A key goal of these regulations was to develop a graduation rate that provides parents, educators and community members with better information on their school’s progress while allowing for meaningful comparisons of graduation rates across states and school districts. The new graduation rate measurement also accurately accounts for students who drop out or who do not earn a regular high school diploma.

In 2011, states began individually reporting 2010-11 high school graduation rates, but this is the first time the Department has compiled these rates in one public document. These 2010-11 graduation rates are preliminary, state-reported data, and the Department plans to release final rates in the coming months. Beginning with data for the 2011-12 school year, graduation rates calculated using this new method will become a key element of state accountability systems, including for states that have been approved for ESEA flexibility.

To view the data released today, see the attached document. The rates will also be posted in the coming days on ED Data Express: http://www.eddataexpress.ed.gov/.

JoLynne is a journalist and educator. She holds a bachelor's degree in journalism from the University of Kansas and a Master of Arts in Teaching from Park University and is certified to teach high school journalism and English. Former employment includes work for Cable News Network and the University of Missouri-Kansas City in addition to freelancing for clients such as the Kansas City Star and The Pitch.
View all posts by jwmartinez »
« Race to the Top District Grants: Five Local Applicants, No Local Finalists
Which came first, the car or the gas station? — Part 13 of Stop Stealing Dreams (What is School For?) »