CPAs and Legislators and the Governor, Oh My! 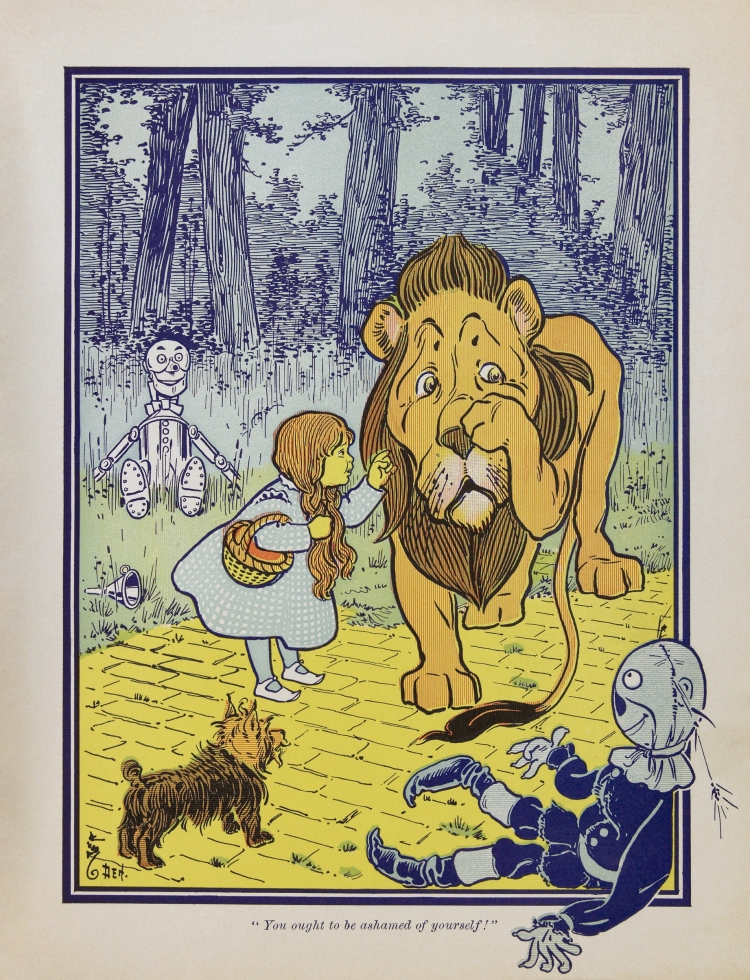 A century ago, as Dorothy linked arms with the Scarecrow and the Tin Man to begin their journey down the Yellow Brick Road, what they were most afraid of was the prospect of meeting up with “lions and tigers and bears, oh my!”

These days, our intrepid Kansas schoolgirl and her companions would have something else to worry about: “CPAs and legislators and the governor, oh my!”

Governor Brownback, you see, has established the euphemistically titled School Efficiency Task Force. Their appointed task is to find ways for public school districts to tighten their budgets. Let’s call the governor, in our extended metaphor, the Wicked Witch of the West, and the task force will be the Winkies. (If you don’t know the name, you will recognize the Wicked Witch’s green-skinned guards from the MGM movie.)

School districts must tighten their budgets, because Kansas’ state legislature passed a bill last spring drastically cutting taxes with the intent of attracting new business to the state. Never mind the fact that the Kansas Legislative Research Department’s projection is that the State General Fund will now decline by more than $200 million dollars next year and will keep declining for the next six years until the state is more than $900 million in the hole. Public education accounts for more than half of the state’s budget, so savings must be found. Let’s call the Kansas state legislature the Wicked Witch’s Winged Monkeys, sent to do her bidding by kidnapping Dorothy, and her little dog, too.

Now the governor has promised that all required education tax cuts will come from excess administrative and overhead costs, and that funding for teachers and students in the classroom will not be touched. He also boasts in his press release about how state spending for public education has increased over the past decade, without mentioning that the school funding formula has not been fully funded since the start of the Great Recession. He also does not mention that  Kansas is being sued by a consortium of districts — including Kansas City, Kansas — alleging the state’s under funding of public education is unconstitutional.

Another thing the governor also does not mention is the inclusion of any educators on the new School Efficiency Task Force, because there aren’t any.  Education professionals would have the expertise to know whether proposed budget tightening would affect students and the classroom. Six of the 10 appointees are Certified Public Accountants, and the other four are business people. One of those business people is Ken Willard, a retired insurance agent and current elected member of the State Board of Education. It seems significant to mention that as a member of the state board, he has spoken out more than once against the teaching of evolution in science classes, although he was careful to say he does not want a reputation as a “crackpot.”

“At some risk to myself, I do want to make that clear,” he said during last June’s board meeting.

I don’t know why Willard’s antipathy for the teaching of evolution seems significant, except that it demonstrates how out of the mainstream his ideas are about education, despite his service on the state board. And because it will be interesting to see how many cuts the new task force recommends that will affect funding for the teaching of science.

Another task force member is Kansas’ budget director, Steve Anderson. Prior to going to work for Brownback, Anderson was an Oklahoma-based consultant for the conservative political action group, Americans for Prosperity. That political action group was founded by Wichita-based businessmen David H. and Charles G. Koch of Koch Industries. Among liberals, the brothers have a reputation for their reputed interest in privatizing public education. Which means that another thing to watch for, as the work of Kansas’ new School Efficiency Task Force unfolds, is proposals for cost savings that might allow businesses to profit at the expense of Kansas students.

In the face of all this cost-saving zeal, here’s what Kansas schoolgirl, Dorothy, needs to do. She and her family members need to stand up to the CPAs and the legislators and the governor. She and her family and the families of all Kansas students need to (like the Cowardly Lion) get some courage. They need to demand adequate funding for public education. It doesn’t hurt to look for cost savings along the way. But the families really need to train Toto to be a watch dog who will bark every time he sees a cost-saving proposal that’s nothing but an anti-education or pro-business (at the expense of education) boondoggle. And then Dorothy needs to throw a bucket of water on it.

JoLynne is a journalist and educator. She holds a bachelor's degree in journalism from the University of Kansas and a Master of Arts in Teaching from Park University and is certified to teach high school journalism and English. Former employment includes work for Cable News Network and the University of Missouri-Kansas City in addition to freelancing for clients such as the Kansas City Star and The Pitch.
View all posts by jwmartinez »
« Previous Post
Next Post »

One thought on “CPAs and Legislators and the Governor, Oh My!”