De Soto Gets Creative: A Year of On-the-Job Training for a Superintendent-Elect 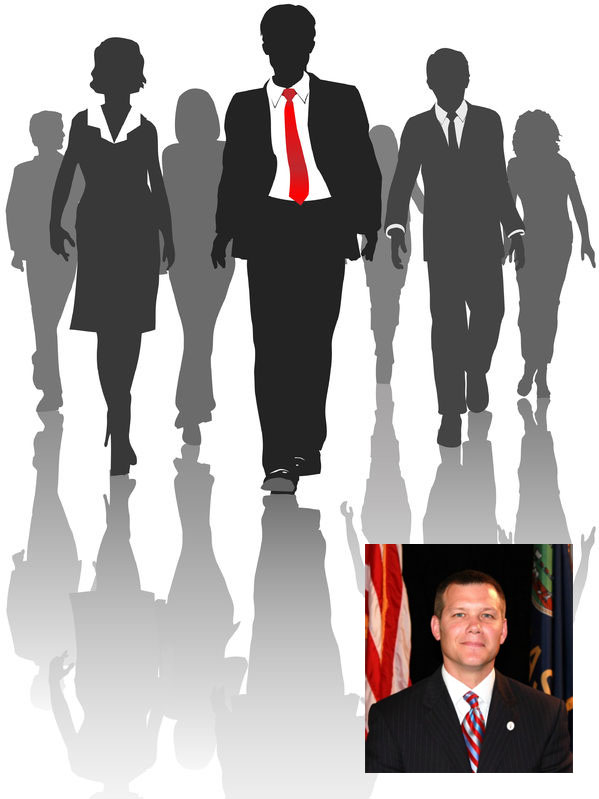 School superintendents act as chief executive officers of their districts, managing multimillion-dollar budgets, supervising what is often one of the largest employers in the community. More importantly, their leadership can significantly influence student achievement. Yet superintendents often have little in the way of training and must learn the hard way: on the job.

De Soto‘s new chief executive officer, however, had the opportunity to serve as superintendent-elect for a year before stepping up to his new leadership position. Douglas A. Sumner is now about halfway through his first year as superintendent.

“I was quite intrigued,” he said, recalling the Board of Education’s initial proposal that he serve a year of apprenticeship with Interim Superintendent Ron Wimmer. “Though I understood this kind of succession play was not typical, I could easily see the potential benefit for the school district and me as a leader.”

Most commonly in the Kansas City-metropolitan area, districts hire administrators with experience in upper-level district management to step up to a superintendency. Sumner, for example, was working as an assistant superintendent for human resources in another district when the De Soto school board hired him. Under ordinary circumstances, the interim superintendent would have stepped down, and Sumner would have taken over right away.

However, school board members were not facing an ordinary situation, and they decided to get creative. At the time that they were interviewing prospective superintendents, they also needed to hire a new human resources director. Sumner had experience in that role. And Wimmer, the interim superintendent, was willing to stay on one more year to give his successor the benefit of his experience. Prior to emerging from retirement to help De Soto during this transitional time, Wimmer had been the leader of the Olathe School District for 14 years.

Recalling the year spent working alongside his predecessor, Sumner said, “Perhaps the piece of advice that I try to keep closest to me is the idea that we generally have more time to make decisions and consider outcomes than we think we do. When in doubt, always choose effectiveness over efficiency.”

Most districts couldn’t afford to pay two top administrators a the same time. Wimmer alone was earning an annual base salary of $166,000. However, by appointing Sumner superintendent-elect and hiring him initially for the human resources position, the Board of Education was able to provide continuity of leadership.

Sumner said the experience was invaluable but not without its difficulties.

“Without question, the greatest challenge in this endeavor was the need to maintain balance between, and focus on, two very different roles,” he said. “Although the superintendent and human resource director both serve the school district and surrounding communities, their primary focus and daily function are significantly different. As a result, typically simple things — like managing my monthly schedule — were compounded by a desire to be in two places at the same time.”

Despite the difficulties, the school board’s creative hiring decision may end up having a positive influence on district students. When thinking about student achievement, most of the focus these days is on teachers and the classroom. However, it is not possible for teachers to make changes without the support and leadership of school administration, especially the superintendent.

Research indicates that superintendents of districts where students are academically successful have several common attributes. When he was on the faculty of Southwest Missouri State University, George J. Petersen found that successful superintendents

In other words, superintendents working as autocratic leaders are not as effective as those who set the tone and involve everyone in the district in improving learning and teaching.

So how does Supt. Sumner’s vision for De Soto stack up in light of this research?

“At the risk of providing an overly simple response to such a significant question, my vision is quite simple,” he said. “I believe by working with all stakeholders, remaining positive and solution-oriented, our school district will continue to evolve and successfully respond to the inevitable challenges — financial, instructional, social — that we will face.

“Over time, USD 232 has built a dedicated staff that continues to put students first, regardless of what is thrown at them. Never have I seen a group demonstrate a more selfless approach to their work. Their commitment to our children is inspirational.

“Our vision must also reflect a never-ending commitment to excellence, and — as such — we must develop channels for continuous improvement and evaluation. We must be fluid enough to meet new challenges and expectations, but consistent in our delivery of quality programs and customer service.

“Finally, our vision includes a system that is open, aware, progressive and responsive. To be effective, our vision is to create a forward-thinking, productive and enjoyable atmosphere for student learning, professional growth and community pride.”

Despite operating under the fiscal restraints of the last few years and the increasingly demanding requirements of the No Child Left Behind (NCLB) Act, the De Soto School District did make Annual Yearly Progress (AYP) last year. Not only did De Soto continue to close achievement gaps among groups such as ethnic and racial minority and disadvantaged students, but the district did so at a time when an increasing number of schools in the state failed to do so.

There has not yet been enough time to know what impact Sumner’s leadership will have on the district. Whether the board’s creative decision to provide him with extra time to learn about his new job is not yet evident. It is the students and their academic performance in coming years that will demonstrate whether the unusual choice to hire a superintendent elect was a successful strategy. Time will tell.

JoLynne is a journalist and educator. She holds a bachelor's degree in journalism from the University of Kansas and a Master of Arts in Teaching from Park University and is certified to teach high school journalism and English. Former employment includes work for Cable News Network and the University of Missouri-Kansas City in addition to freelancing for clients such as the Kansas City Star and The Pitch.
View all posts by jwmartinez »
« UPDATE Jan. 26 8:56 PM – Park Hill Board of Education to Meet This Evening
Turner School District: Reorganization Plan Now Open for Public Comment »

One thought on “De Soto Gets Creative: A Year of On-the-Job Training for a Superintendent-Elect”