Lee’s Summit Board of Education Meeting This Evening 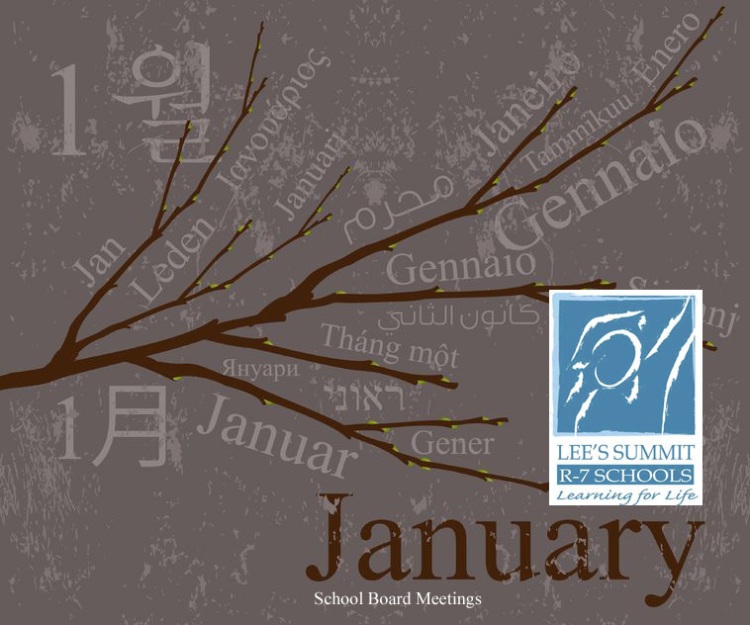 The Lee’s Summit School District Board of Education meets Thursday, Jan. 19, at 7 p.m.

In addition to routine items on the agenda such adjusting the district calendar for the next two years and authorizing the disposal of surplus property, board members have a full schedule this evening.

Among other business, they will hear a superintendent’s report, an audit report and an annual report on energy management. Also, they will review two proposed new district policies and consider approval of a public-private partnership agreement that could earn money for the district.

Superintendent David McGehee’s report will focus on district governance. He will provide an update on the upcoming school board election, students transferring from the unaccredited Kansas City, Missouri School District and education legislation pending in the Missouri General Assembly, which is currently in session. According to the audit report, the district has no financial problems. And the annual energy management report reveals more than $43,000 in savings due to conservation efforts. Utility bills are often one of a district’s greatest expenses, second only to staff salaries.

Also during the meeting, board members will review two proposed new policies. School boards are responsible for approving policies for the district. First, the board will consider a policy relating to nonexempt employee supplementary pay plans. Second, they will consider a policy relating to staff relationships with students. This second policy regulates staff communication with students through the use of social media such as Facebook, Twitter and e-mail. A new state statute, The Amy Hestir Student Protection Act, requires districts to approve such a policy no later than March 1.

Other business includes possible approval of a lease agreement with Bluebird Media Network, LLC. This company proposes to build a broadband communication facility on land the district owns. In exchange, Bluebird would pay a $12,000 annual lease, and Lee’s Summit administration would like to apply this money to their technology budget. If built, the facility would provide high-speed internet to 59 Missouri counties.

The board meeting, which is open to the public, is taking place in the Board Room of the Central Office; 301 N.E. Tudor Road; Lee’s Summit, MO 64086.

JoLynne is a journalist and educator. She holds a bachelor's degree in journalism from the University of Kansas and a Master of Arts in Teaching from Park University and is certified to teach high school journalism and English. Former employment includes work for Cable News Network and the University of Missouri-Kansas City in addition to freelancing for clients such as the Kansas City Star and The Pitch.
View all posts by jwmartinez »
« Hickman Mills Board of Education to Meet This Evening
No School Board Election This Year in the Lee’s Summit School District »