Liberty Board of Education to Meet Monday Evening 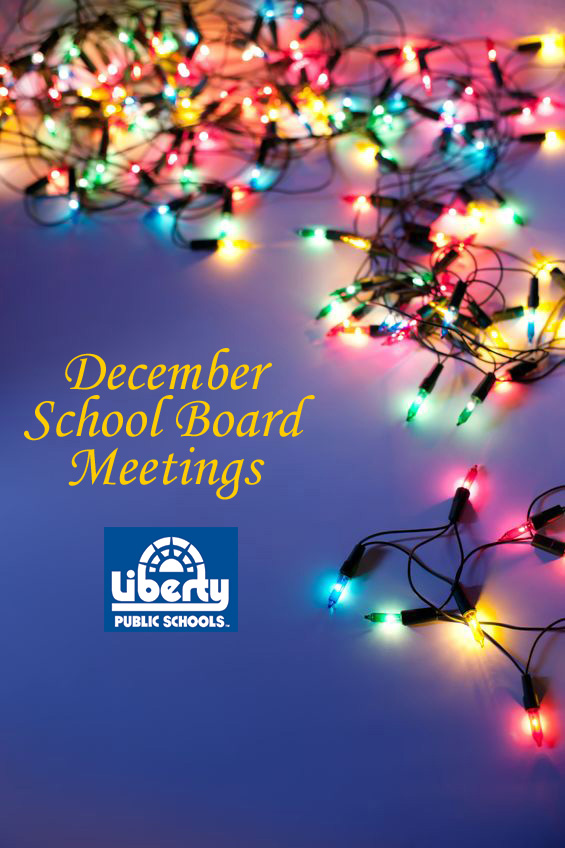 The Liberty School District’s Board of Education is scheduled to meet Monday, Dec. 19, in a closed session at 6 p.m. and a regular session at 7 p.m. that is open to the public.

According to the agenda, the board will be reviewing policy updates and will receive the official results of last month’s special election.

One important policy update the board will be reviewing is required by a controversial new state statute. According to SB 1, a revision of the Amy Hestir Student Protection Act passed during the General Assembly‘s special session this fall, all districts must adopt policies concerning employee-student communications, including electronic communications, no later than March 1, 2012. The statute was controversial enough to attract national media attention because of concerns that it might violate First Amendment rights to free speech. According to the Missouri State Teachers Association, which is the organization suing the state over this bill, the concern is that they may now have to fight the constitutionality of this issue in every district instead of just on the state level.

Responding to the state legislature’s directive, the Missouri School Boards’ Association (MSBA) has distributed a model online communications policy to members. The policy Liberty is considering evidently originates with the MSBA. Printed at the top of the draft policy is the following message:

Senate Bill 54 (2011), Senate Bill 1 (2011 Special Session) and the contents of this policy have received an extreme amount of media attention. For this reason, MSBA recommends that administrators and Board members read this policy carefully, discuss the policy with the employees impacted, and consult the district’s private attorney prior to adopting this policy.

In addition to reviewing the communication policy draft, the board also will receive the official report from the Clay County Board of Election Commissioners regarding Liberty’s special election last month. On the ballot was a tax levy increase for property owners in the school district that might have helped relieve overcrowding in the schools and build a new stadium. Out of a population of more than 29,000, there were 9,288 votes cast. Slightly more than 48 percent voted for the school district’s tax levy, but they lost to the slightly more than 51 percent who voted “No.”

The Board of Education meeting, which is open to the public, will take place in the district’s administrative building; 650 Conistor; Liberty, MO 64068.

JoLynne is a journalist and educator. She holds a bachelor's degree in journalism from the University of Kansas and a Master of Arts in Teaching from Park University and is certified to teach high school journalism and English. Former employment includes work for Cable News Network and the University of Missouri-Kansas City in addition to freelancing for clients such as the Kansas City Star and The Pitch.
View all posts by jwmartinez »
« Center Board of Education to Meet Monday Evening
Citizen Watchdog Group Reports on KCMO School Board’s Dec. 7 Meeting »