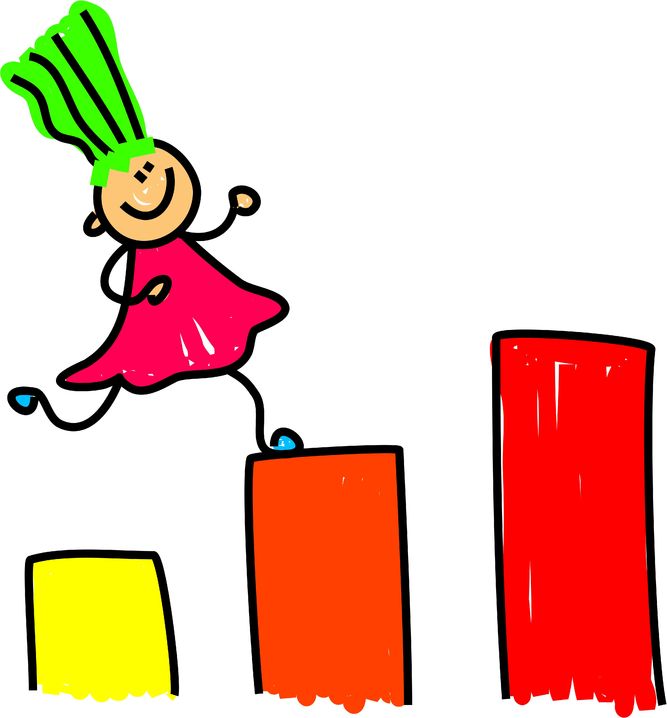 Critics of standardized assessments — such as the Missouri Assessment Program (MAP) test — voice concern that test results are not available in a timely manner for teachers to use in helping students learn. Instead, Missouri districts uses the results primarily for bureaucratic purposes, to file their Annual Performance Reports (APR). But that may be about to change.

Starting this fall, 11 districts and five charter schools in the Kansas City metropolitan area are participating in a Missouri Department of Elementary and Secondary Education (DESE) pilot program. Periodically throughout the year, they will receive MAP test data to use in assessing what students know and what they still need to learn. In the past, schools received MAP test data once a year, and it was not in a form they could use effectively to guide student growth. Of course, it remains to be seen how releasing one-year-old data in a new format can make much of a difference.

According to DESE’s website, “We recognize that this time lag is not desirable, but it is the best we can do for the pilot. When the growth data become operational (full-scale, statewide implementation), they should be released in a more timely way.”

After working out the bugs, plans are for districts to adopt the new system statewide. The pilot is scheduled to end in the fall of 2012. Information about how well schools use the new information to help students learn will be included in districts’ Annual Performance Reports. Parents and other community members may be more familiar with school Adequate Yearly Progress (AYP) reports or School Report Cards. APR reports contain much of the same information.

Participating districts choose whether to share information gathered during the pilot program. If they do, it is published in their Missouri School Improvement Program (MSIP) reports.

Here is an example of an MSIP report from a school that is not participating in the pilot program:

And here is an example of an MSIP report from a school participating in the pilot program and publishing the new performance information: 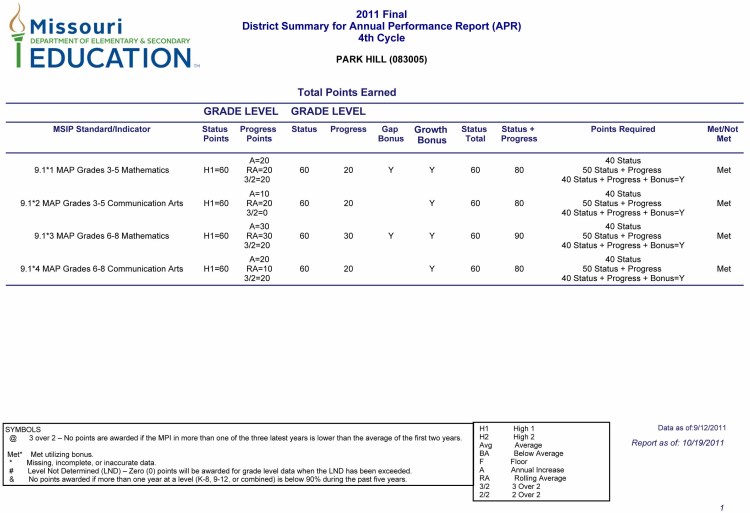 If you don’t understand what “50 Status + Progress + Bonus = Y” means, you’re not alone. That’s why DESE is providing professional development to educators to help them learn how to interpret and use these new reports.

Eventually teachers will receive data on individual students that looks like this:

With training, DESE expects teachers will learn to use reports like this to get the arrows pointing up more often than they’re pointing down.

In addition to helping guide student growth, DESE is planning to eventually expand use of the new system to evaluate teachers and teacher education programs.

Missouri’s education department may need a new program for evaluating teachers, because it has announced its intention to apply for a waiver of the requirements of the federal No Child Left Behind (NCLB) Act. Among other terms, the U.S. Department of Education has announced that states must adopt teacher evaluation programs based on student growth in order to receive such a waiver. NCLB is the current incarnation of the federal Elementary and Secondary Education Act (ESEA), which was due for reauthorization in 2007. Under NCLB, states must close achievement gaps between advantaged and disadvantaged students by 2014. That deadline is only three years away, and Missouri — along with most other states — is not anywhere near meeting the goal. Although the goal was well-intentioned, it appears to be unachievable. However, he U.S. Congress has not yet revised or reauthorized the law. Therefore, the Obama administration announced earlier this year that it will grant waivers to states meeting certain conditions.

After that announcement, U.S. Sen. Tom Harkin, D-Iowa, released a proposed reauthorization bill that failed to garner Republican support. Just this week, Harkin and Sen. Michael B. Enzi, R-Wyo., released a revision of that ESEA reauthorization bill that is gaining bipartisan support. The original version of Harkin’s bill would have required states to design programs evaluating teachers based on student data, similar to the program Missouri plans to develop. The bipartisan version of the bill would leave the decision about how to evaluate teachers up to the states.

JoLynne is a journalist and educator. She holds a bachelor's degree in journalism from the University of Kansas and a Master of Arts in Teaching from Park University and is certified to teach high school journalism and English. Former employment includes work for Cable News Network and the University of Missouri-Kansas City in addition to freelancing for clients such as the Kansas City Star and The Pitch.
View all posts by jwmartinez »
« Two Local Districts Helping Kansas Test New Way to Evaluate Educators
Park Hill School Board Asking Community to Assist in Superintendent Search »