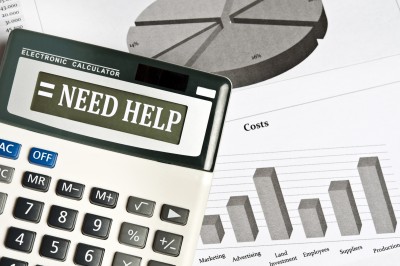 "Please encourage your legislators and governor to support education in a way that we can continue to be competitive with other nations, and give our children a chance to live at the same standard of living that we and our parents have enjoyed." -- Bonner Springs/Edwardsville 2011-2012 Budget Documents

A plea for help was included in budget documents administrators presented for approval to the board of Bonner Springs/Edwardsville Unified School District #204 last night.

“Due to the state’s budgeting problems this past two years we made cuts of over 2.5 million dollars and are anticipating further cuts in the coming months,” is how district staff described the challenges they face. “The state has not only not met the funding level required by law but cut that funding to levels that do not allow us to maintain the staffing necessary to meet state and federal mandates. These cuts have made it impossible for us to meet our improvement goals and could affect this district and students in Kansas for years to come.”

At $29 million, the budget administration proposed last night was about $2 million higher than last year’s. However, it remains to be seen whether the district will receive the entire $15 million in projected revenues from the state of Kansas for the 2011-2012 school year. Since 2009, the amount of state aid per student in Bonner Springs/Edwardsville has dropped from $4,400 to $3,687.

Because revenues decreased, the district has cut more than $2 million in expenses, including some instructional programs. Students will not be going to summer school this year, for example. In addition, the district cut bilingual education and programs for at-risk school-age students by almost 20 percent.

These cuts come at a time when the population of vulnerable young people in the Bonner Springs/Edwardsville district is growing. Over the last five years, the number eligible for free and reduced-price meals increased from almost 900 to more than 1,200 although total enrollment has been relatively stable. The percentage of students from low-income households has increased from about 40 to just over 50 percent during that time period.

The Bonner Springs/Edwardsville Board of Education held its annual budget hearing yesterday evening in the District Office. A regular board meeting took place immediately afterward.

JoLynne is a journalist and educator. She holds a bachelor's degree in journalism from the University of Kansas and a Master of Arts in Teaching from Park University and is certified to teach high school journalism and English. Former employment includes work for Cable News Network and the University of Missouri-Kansas City in addition to freelancing for clients such as the Kansas City Star and The Pitch.
View all posts by jwmartinez »
« Liberty: Level Tax Levy This Year, Maybe Higher Next Year
Increasing Enrollment In the Metro Area: Where Are All the Children Coming From? »